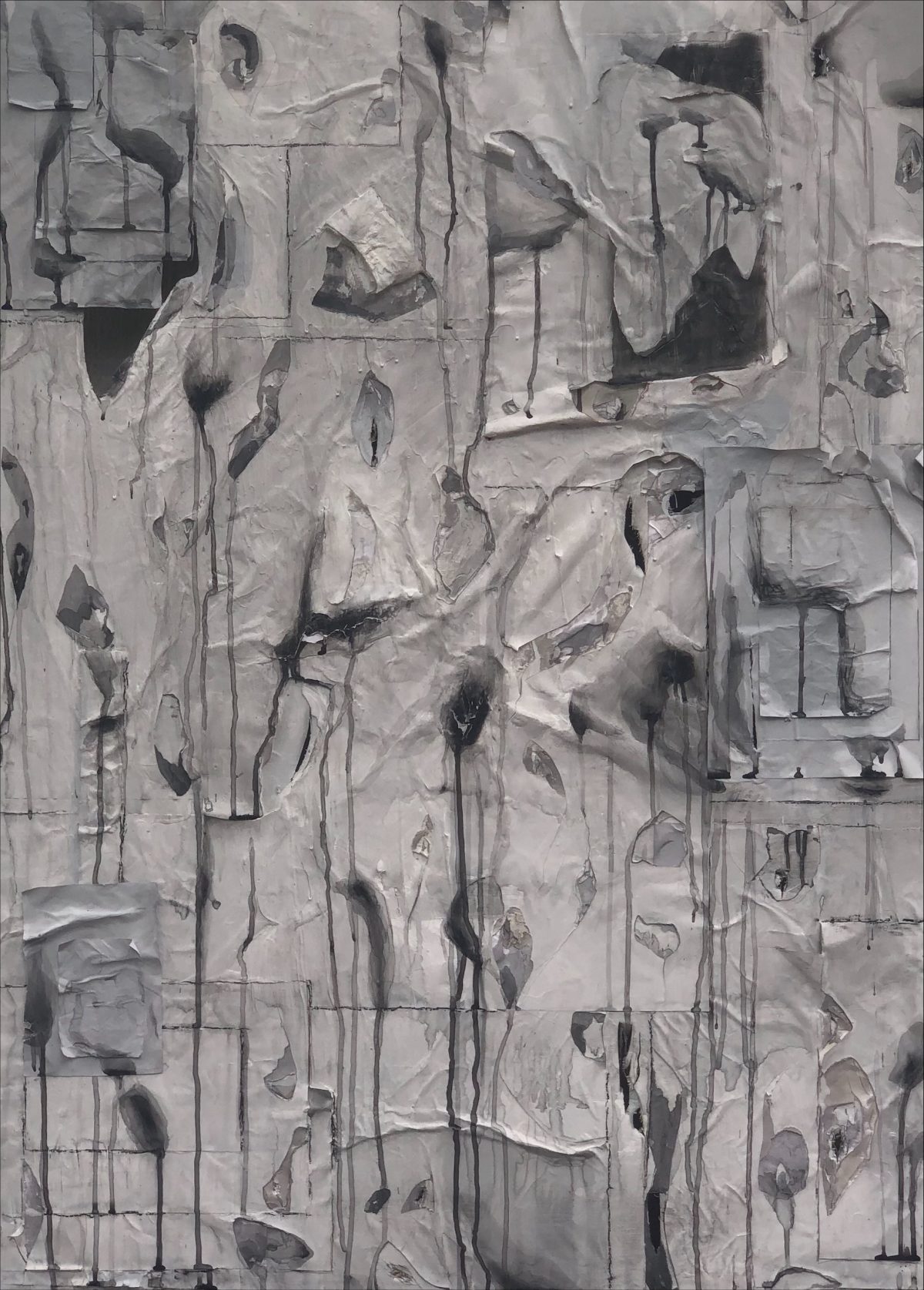 Graham Littell is currently working as a Post-Graduate Teaching Intern for the Department of Art + Art History at Principia College. In May of 2020, he graduated from Principia with a BA in Studio Art with a focus in Drawing. On top of assisting with classes and installing exhibitions in the Schmidt Gallery, he is actively producing a body of work for his solo exhibition: Overstimulated, still which will consist of his paintings and digital photography in late January of 2023. Following his time as PGTI, Littell intends to pursue an MFA in Studio Art. 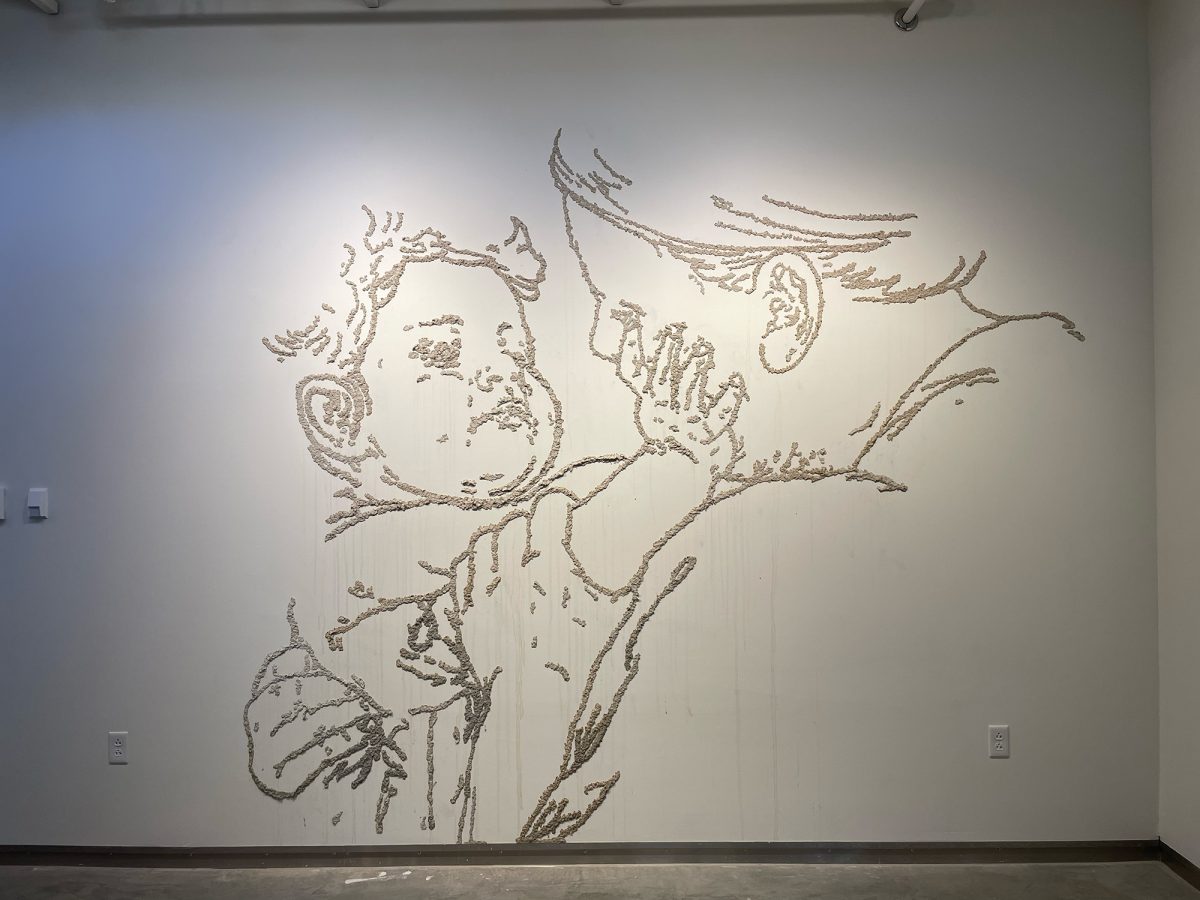 Artist, writer and teacher Matt Shelton (he/him) received a BFA from Guilford College in 2004 and an MFA in Painting and Printmaking from VCU in 2012. He has exhibited nationally and internationally in solo presentations and in recurrent collaboration with Trinidadian artist Nikolai Noel. His writing has appeared in Burnaway, MONDAY Art Journal, Southern Cultures, Art Papers, Ext.1708, LOOKsee, and the Richmond Arts Review. He is the recipient of a Virginia Museum of Fine Arts Fellowship and was a member of the inaugural cohort of the Richmond Critical Art Writers Workshop. Over the past decade, he has taught across 2D, conceptual, digital, and time-based mediums at Virginia Commonwealth University and at the University of Virginia, where he currently is general faculty in Foundations. He lives with his family in Earlysville, Virginia.  Matt’s website addresses:  https://matthewpshelton.com 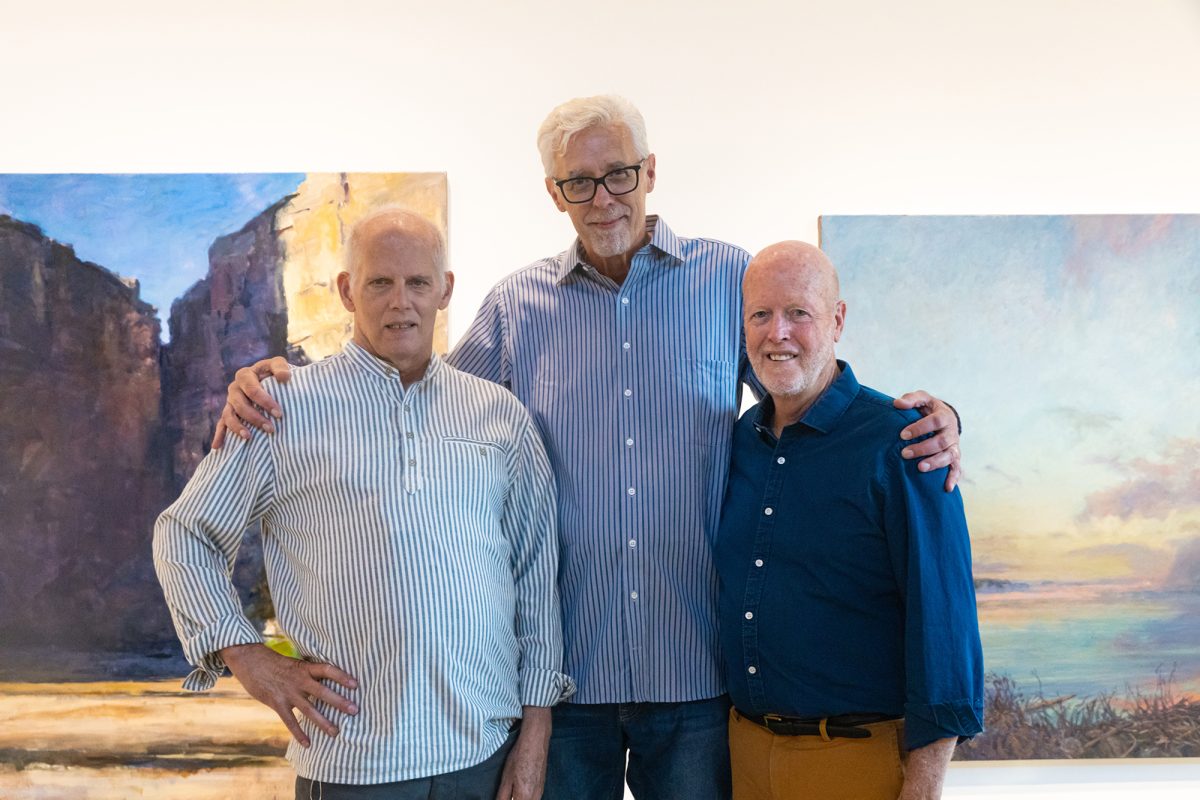 David Coughtry is a 1979 graduate of Principia College. He earned his MFA (1983) from The State University of New York at Albany, working with renowned painter Mark Greenwold and art historian Robert Bernstein. Coughtry has presented numerous solo exhibitions throughout the United States as well as participated in major traveling exhibitions such as New Response: Contemporary Painters of the Hudson River (1986), The Artist as Native: Reinventing Regionalism (1993), Rediscovering the Landscape of the Americas (1996), The Great American Paint-In (2020). He has completed many notable commissions and his art has been shown at various venues, including the Middlebury College Museum; The Ringling Museum of Art; The Pennsylvania Academy of Fine Arts; Albany Institute of Art; The Chicago Art Institute Museum; The Lowe Art Museum; among others.

As a professor emeritus of studio art at Principia College, in 2019 Coughtry concluded academic contributions after devoting 23 years to teaching. Resuming professional work as a full-time painter, he purchased and rehabilitated a Henry Street building in Alton, IL. He now maintains his artistic practice in the new studio, which includes an exhibition space to be opened and shared with the surrounding community.

Martin received a BA in Studio Art from Principia College in 1976. After graduation, he spent several years painting in Calhoun County, culminating in an exhibition in Inge Mack’s Maybeck Gallery in Elsah, Illinois in 1981.

He continued his study of painting with Neil Welliver at the University of Pennsylvania, receiving an MFA in 1986.  Martin joined the Principia College Studio Art faculty in 1987. In 1995, he left full time teaching to focus on painting and lived in New Mexico, Arizona and Colorado.  In 2010, he returned to Principia College as a Professor of Art. Martin served as Chair of the Art and Art History Department for eight years and retired from teaching in June 2022. 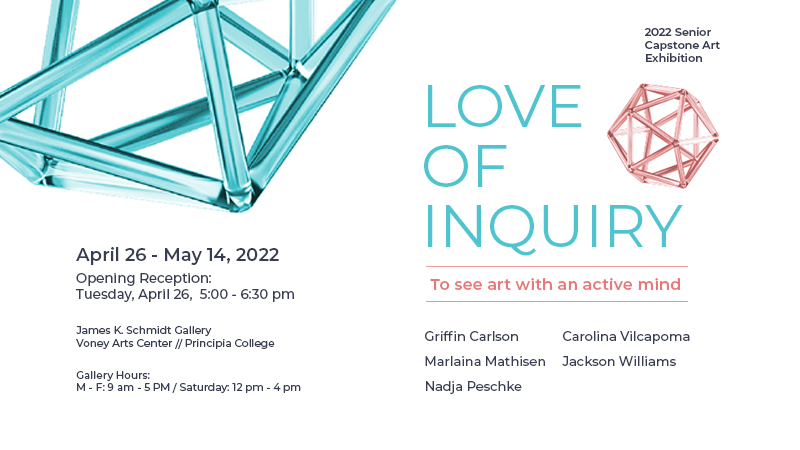 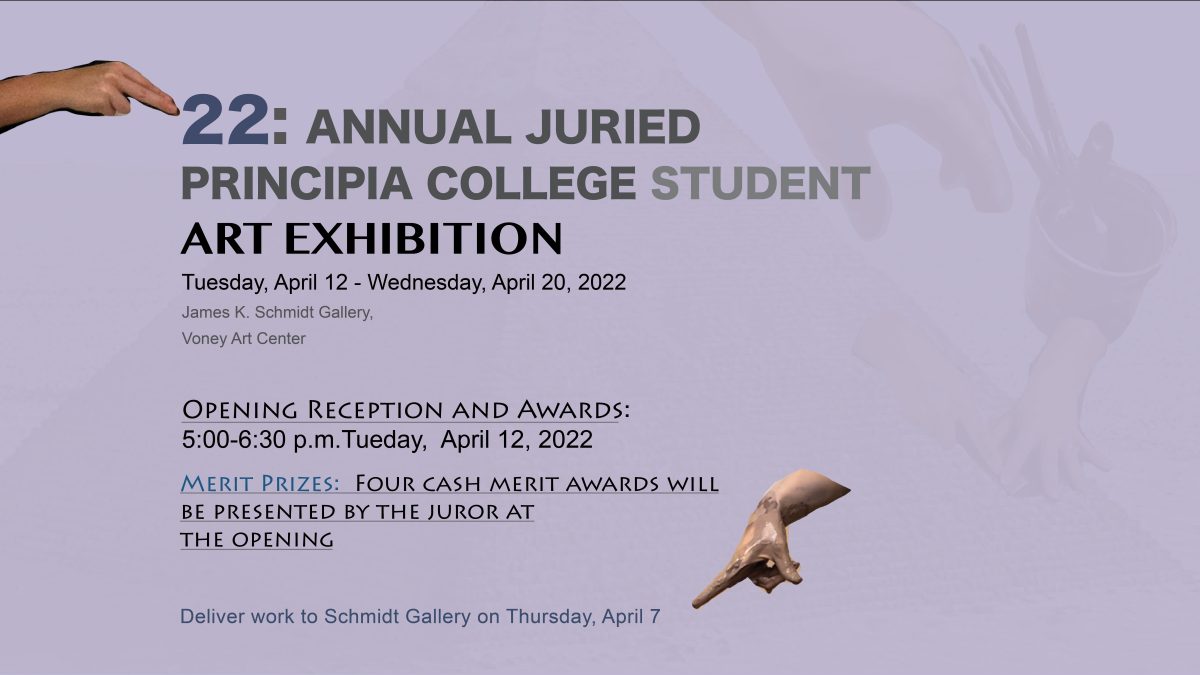 This year’s juror is Cheryl Wassenaar, a visual artist who explores the function of text in a hybrid practice of painting, sculpture, and design. Wassenaar currently serves as associate professor of art at the Sam Fox School of Design & Visual Arts Washington University, St Louis, where she researches and gives lectures on the visual and cultural impact of color. Wassenaar received her BFA from Calvin College, Grand Rapids, MI, and her MFA from the University of Cincinnati. Her work is exhibited nationally and internationally, appearing in over fifty group and solo exhibitions. Her corporate collections include Camden Real Estate headquarters in Houston; Fidelity Investments in Boston; and Urban Institute of Contemporary Art in Grand Rapids, MI. The Cabinet of Ordinary Affairs, a collaborative multi-media exhibition with Stephanie Schlaifer, was awarded an Artistic Innovations grant in 2018 by the Mid America Arts Alliance. She is currently represented by LongView Gallery in Washington DC. Last fall, Wassenaar exhibited with Jane Barrow in “Air-to-Air” in the James K. Schmidt Gallery. For more info, see cherylwassenaar.com

Merit Prizes:  Four cash merit awards will be presented by the juror at the opening on Tuesday, April 12. 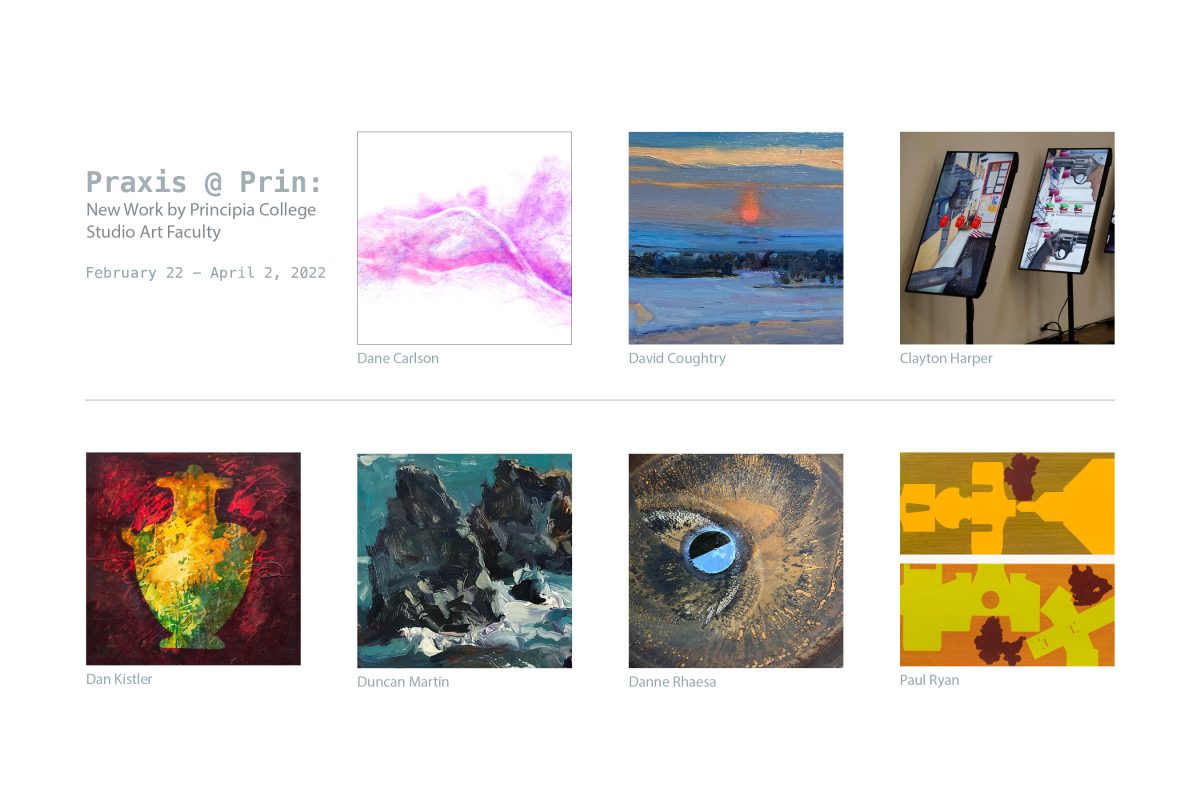 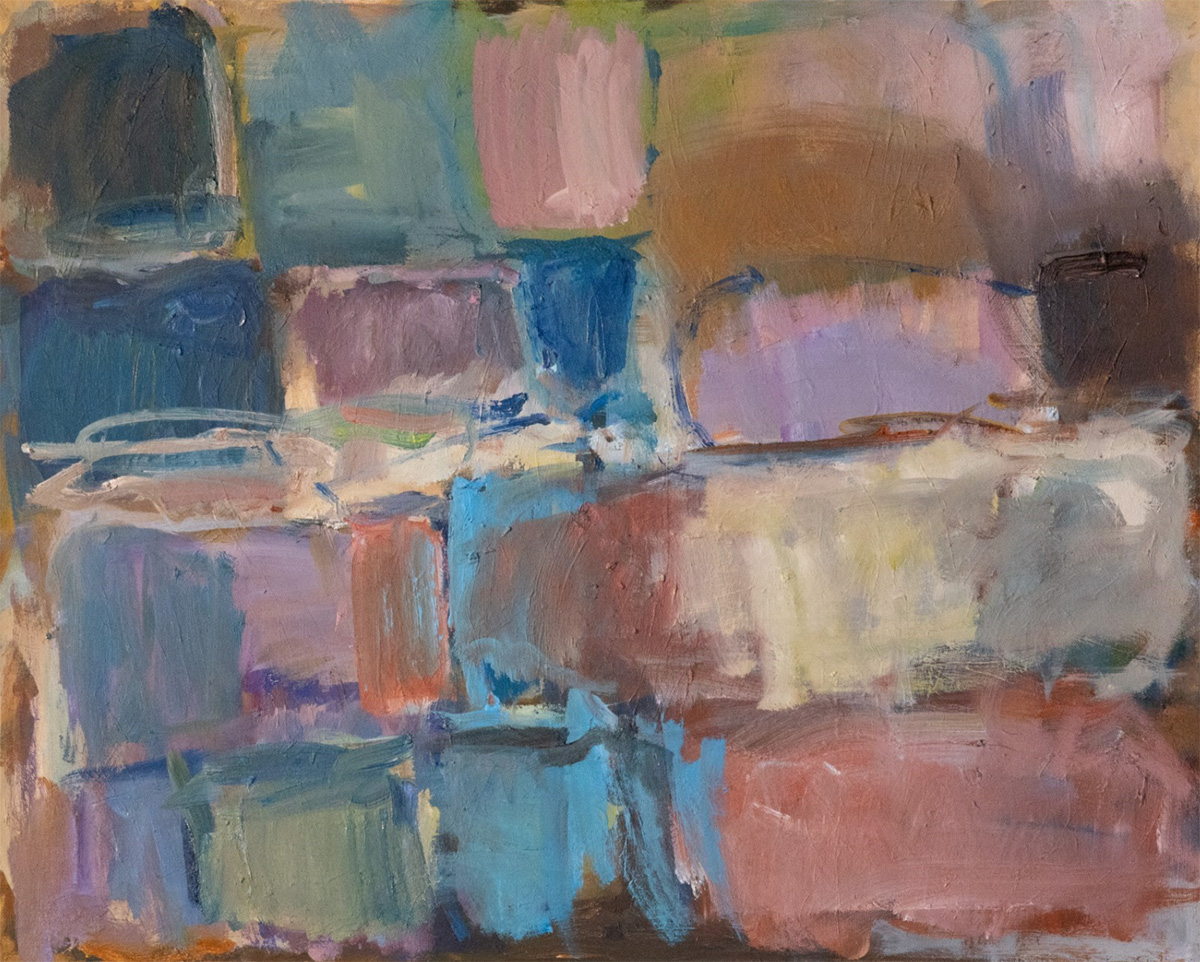 Kristians Klava is a painter from Riga, Latvia. He received his undergraduate degree in Art from Principia College and currently is working as a Post-Graduate Teaching Intern for the Art and Art History Department and as a Gallery Assistant for the James K. Schmidt Gallery. Kristians previously exhibited work in the Annual Juried Student Exhibition in 2019 and 2021, and in “Still, Life”, the 2021 Senior Capstone Exhibition. He received the Kathryn Cogswell Maule Art Opportunity Award in 2021 which included the purchase of an artwork for the art collection of Principia College. 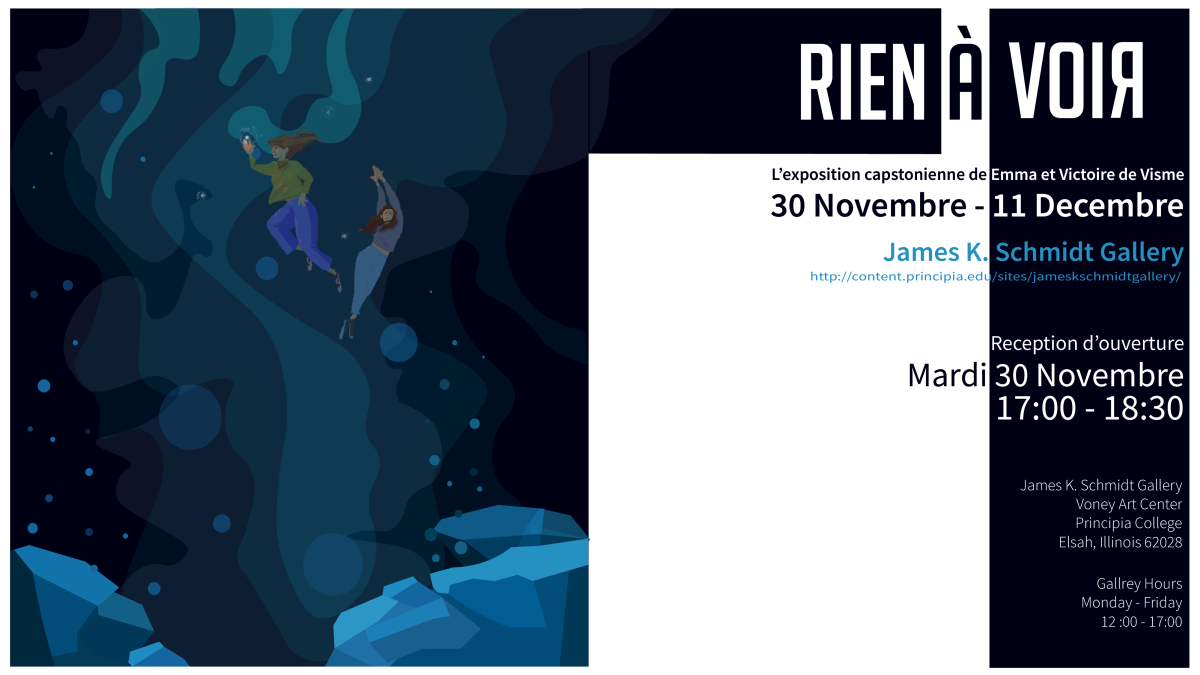 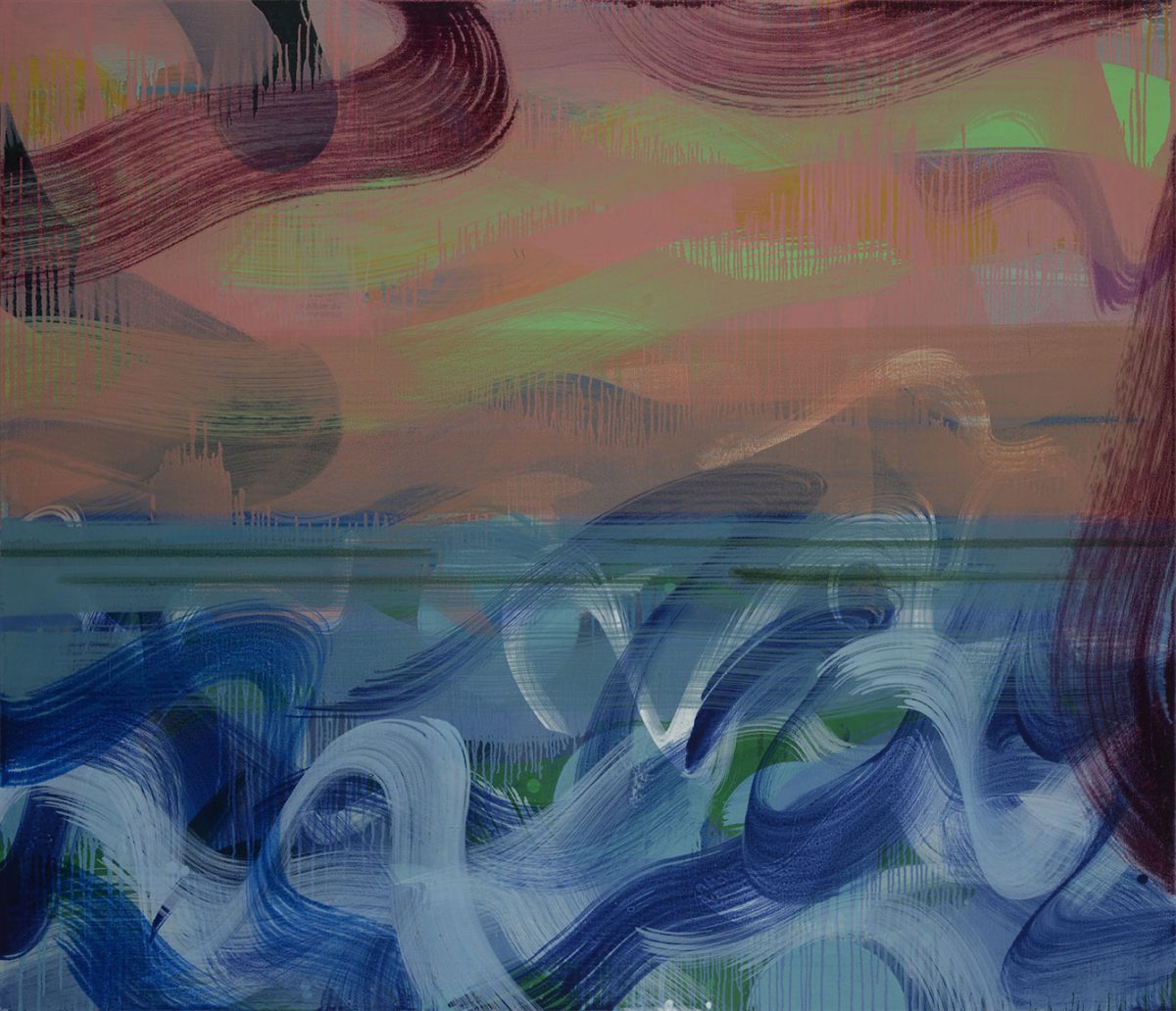 Linda Vredeveld is an artist whose work has spanned personal themes of coming of age, motherhood, the female body, fantasies, sense of self, fear of cancer, and menopause, all through the lens of Feminism and cultural critique.
Born and raised in Ann Arbor, MI, Vredeveld graduated from Calvin College (BFA) and earned her MFA degree from the University of Illinois at Urbana-Champaign. Having early career representation in Chicago galleries Lyons Weir and Gwenda Jay, with moves that took her from Michigan to Albuquerque, she settled in the St. Louis metro area in 1998 where she continues to live and work. She has taught many adjunct courses in studio art and has a large community of successful students from over the years.

2021 brought Vredeveld three solo exhibitions: “Glass Slipper and a Hot Flash” at (Kranzberg Arts Foundation’s) High Low in St. Louis, “Princess Probs” at Southwestern Illinois College’s Schmidt Art Center, and “Spinning Straw into Gold” at Principia College in Elsah, IL. Other recent solo shows have been at The Bermuda Project in Ferguson, Blackburn College, and Knox College. In 2017 she was a finalist in CAMSTL’s Great Rivers Biennial. She has been awarded residencies at Ragdale and at Ox-Bow (SAIC). Her work is in the Drawing Center’s Viewing Program Artist Registry. She has been in many group exhibitions, including Think Small at the Illinois State Museum, the Exposure series at the University of Missouri – St. Louis’ Gallery 210, Mama at Harwood Art Center in Albuquerque, and New Talent at Urban Institute for Contemporary Arts in Grand Rapids. Her work has been reviewed in the Chicago Reader, Dialogue, the Chicago Tribune, and the St. Louis Post-Dispatch.

Vredeveld lives with her husband, Eric Shultis, also an artist, in Alton, IL. They have two children – Arlo Shultis, a classical percussionist, and Zora Vredeveld, a performing artist.