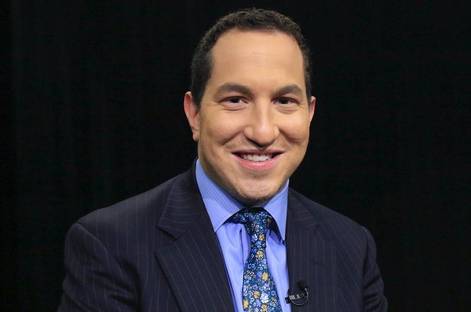 Alexander is host of The Open Mind on PBS. He has covered American politics, civic life and millennials since the 2008 presidential campaign. He has been profiled in The Wrap, Mediaite, Raw Story, The Washington Post, The New York Times, The Des Moines Register, The Christian Science Monitor, Variety, Medium, and on MSNBC, C-SPAN, NPR, CNN, ABC and the BBC.

His writing appears in The Daily Beast, The Independent, USA TODAY, WIRED, TIME, NYT’s Room for Debate, Boston Globe and Philadelphia Inquirer, among other publications. He is coauthor of the bestseller A Documentary History of the United States (Tantor Media, 2020; Penguin, 2018) and recipient of University of Denver’s Anvil of Freedom Award, Franklin Pierce University’s Fitzwater Medallion for Leadership in Public Communication, and Yale University’s Poynter Fellowship in Journalism.